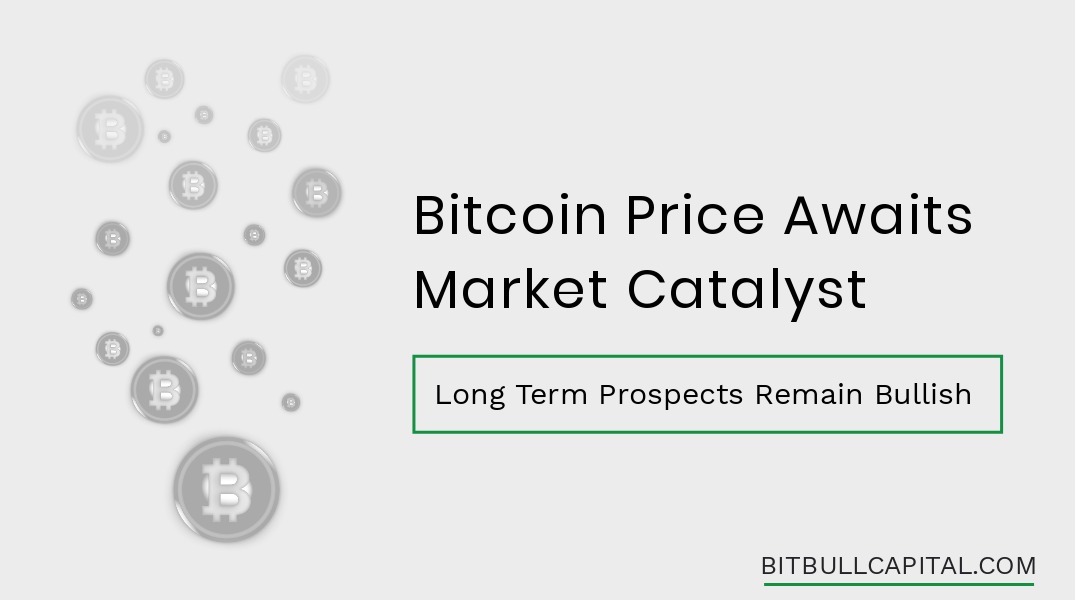 Bitcoin has entered another tight consolidation pattern after falling from its late-October surge, at the back of Chinese-media hype. As we indicated earlier, the speculation fueled rise was not sustainable and resulted in the price dropping below the $9,000 and $8,000 levels without a fight.

However, thinning volumes, coupled with the holiday season, have prevented any sustained recovery, and for now, the price is trading around the weak support at $7,000, awaiting a market catalyst. Meanwhile, strong resistance levels are visible at $8,000 and $9,000, coinciding with the 50-day and 150-day moving averages, at $8,200 and $9,200 respectively.

From a medium to long-term perspective, potential Bitcoin buyers can take positions at current levels, leaving room for further buying at lower prices to average down their total cost. However, short-term traders should exercise caution, because thinning volumes make price action vulnerable to large spikes and drops due to whale activity including market manipulation.

The next year appears promising for Bitcoin and digital assets in general. We expect further regulatory clarity, especially due to the ongoing debate around central bank issued digital currencies.

Moreover, Bitcoin’s halvening is also expected around May 2020, which is an event that has historically driven the price higher. Currently, around 1,800 new Bitcoins are created every day in the shape of mining rewards, and this number will be reduced by half after the halvening, effectively curbing the supply while demand is expected to stay the same or increase.

We remain bullish on Bitcoin as a long-term investment, and a recent report by Deutsche Bank backs this view, citing cracks in the existing financial system and fiat currencies as door openers for the adoption of alternative digital currencies in the next decade.

Bitcoin remains a major part of our investment portfolio, especially in our Opportunistic Fund, which, due to our active management strategies, was up 29% in 2018, when the entire crypto market was in a decline. You can learn more about our strategies here, or contact us for details about our funds and their performance.