Bitcoin has had an eventful year so far, rising from lows around $3,500 at the start of 2019 to a recent high of $13,796. This stellar performance comes at the heels of a lackluster 2018, termed as the crypto winter, which saw fortunes dwindle and retail investors abandoning the crypto market.

Bitcoin’s price movements can be correlated with global interest in the leading digital currency, as per data gathered by Google Trends. The chart below shows how interest in Bitcoin was rather tame during the last half of 2018, with a brief spike in November, corresponding with the sharp drop from $6,500 to $3,700. 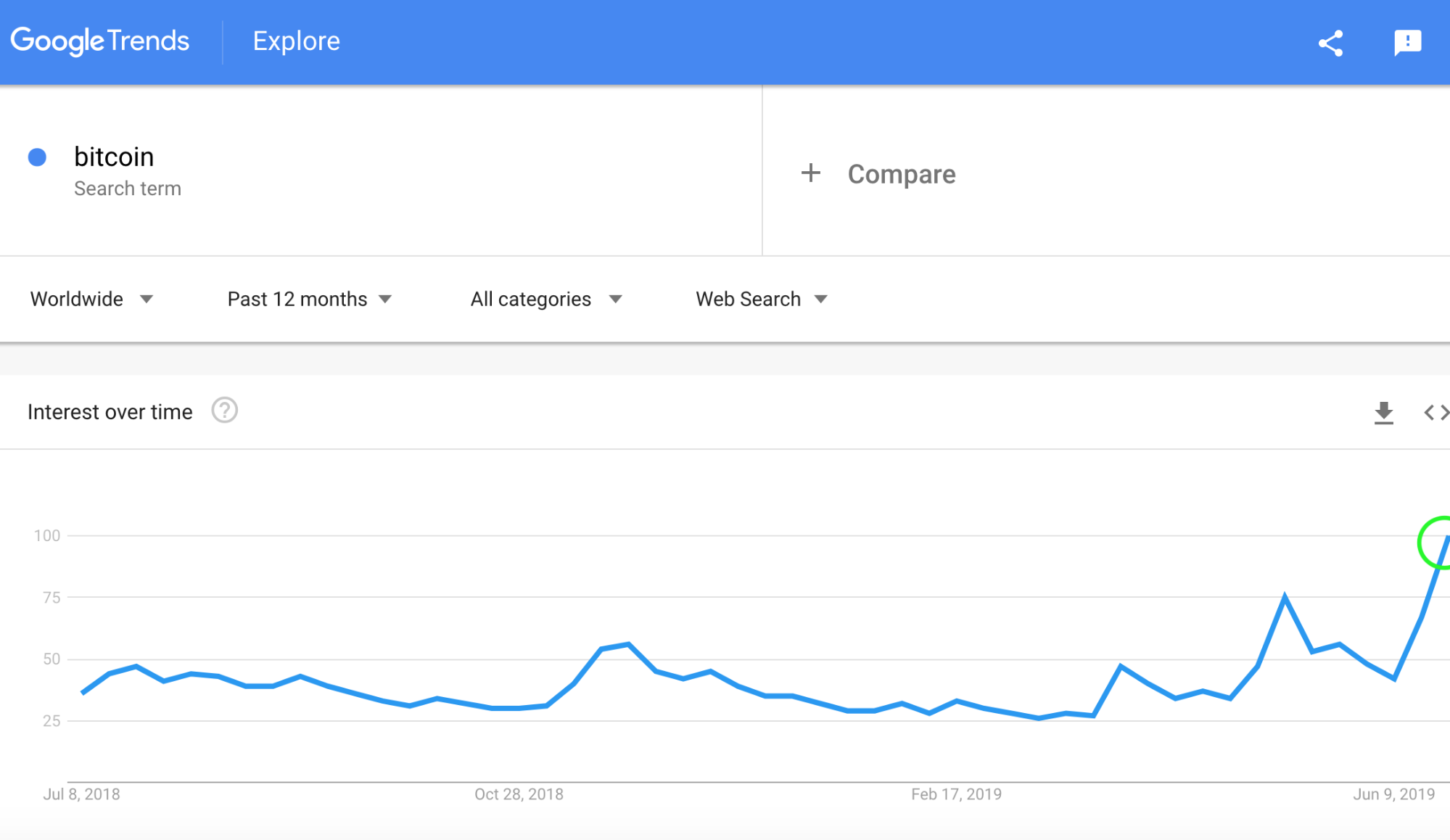 That November drop resulted in some chatter (mostly negative), and was followed by a further decline in interest until March and April 2019, when Bitcoin rose from under $4,000 to over $5,000.

Since then, interest in Bitcoin has been on the rise (just like its price), with the sharpest surge coming in June, which was also the biggest month for the coin, posting a 60% appreciation at the peak and closing at a respectable 30%+ despite a major pullback bringing the price below $11,000.

This peak interest in Bitcoin can be attributed to several factors, most notable of which is Facebook’s Libra project and the hype around it, which put digital currencies and Bitcoin under the spotlight as well. Facebook has billions of users around the globe, and the company’s decision to launch its own digital currency validated the benefits of using blockchain technology and cryptocurrencies.

The chart below overlays Bitcoin’s price movement over the last 12 months with global interest trend and shows how both are related. The chart is also an indicator of when retail investors enter the market (mostly after the April 2019 surge), since institutional buyers usually move in during quieter periods, which in this scenario would be between November 2018 and February 2019. 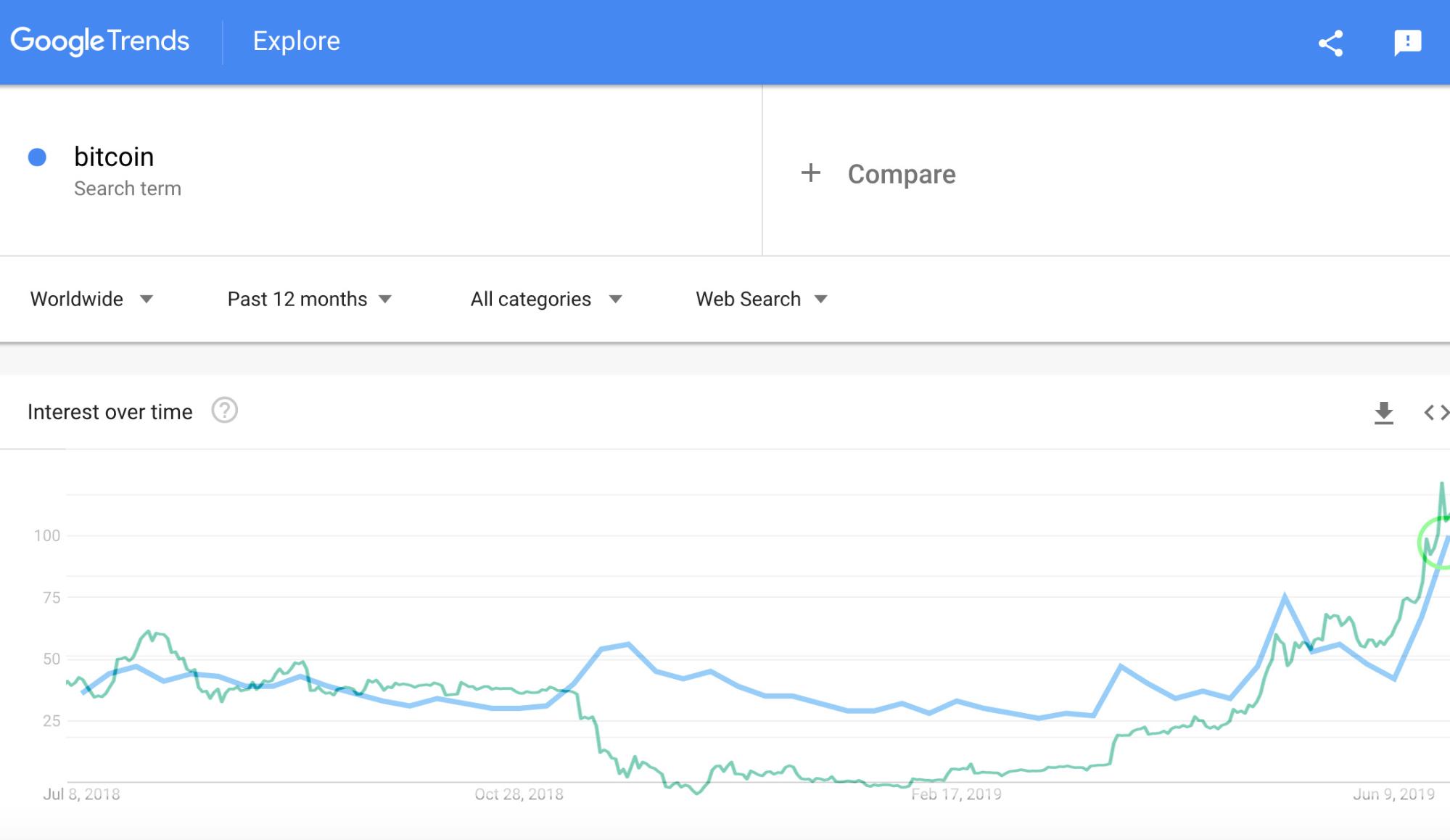 Now, interest in, and sentiment around Bitcoin is clearly very positive, and the resultant inflow of retail investors is likely to push prices higher. However, the recent price volatility, which is a result of high-leverage and low-volume trading, encourages a cautious approach, especially for short-term investors.

At BitBull Capital, we are actively engaged in balancing our Opportunistic Fund portfolio using a multitude of strategies in order to generate alpha from changing trends and market movements. You can learn more about our funds here or schedule a call for a free consultation.