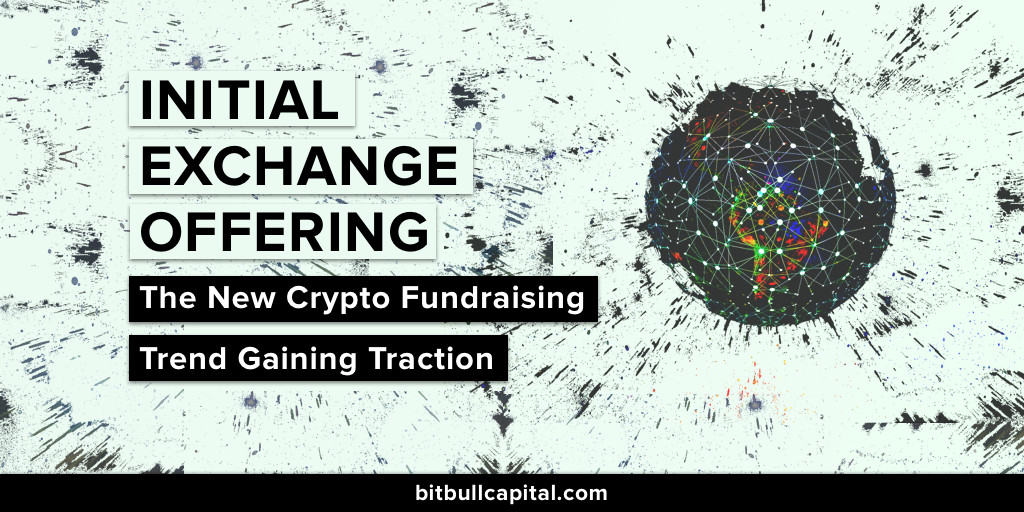 ICOs or Initial Coin Offerings were immensely popular in 2017 and for most of 2018, raising around $10 billion (according to estimates) but investors started to back out of speculative projects, with a sharp decline in funding witnessed during Q3 2018.

This year, however, we saw a new trend emerge, the Initial Exchange Offering, spearheaded by the Binance Launchpad platform, which conducted the popular BitTorrent token sale and the $6M Fetch.ai raise.

An Initial Exchange Offering is much like an ICO, except that the project raising the funds works directly with a crypto exchange to sell tokens and possibly get listed. Today, another prominent crypto exchange, Bittrex International, also announced its first Initial Exchange Offering, where its users will be able to purchase XRD tokens, issued by RAID, by simply logging into the exchange and trading their BTC for XRD.

Let’s take a look at some of the advantages of IEOs:

An Initial Exchange Offering benefits from the exchange’s existing user base, which in the case of Binance and Bittrex, is in millions. This means any project going through these exchanges saves a lot in marketing costs and benefits from increased participation, which is also a plus for the project’s community development.

Moreover, since exchanges have to conduct due diligence on projects, more investors are likely to trust token sales conducted on renowned platforms and explains why Fetch.ai managed to raise $6M in 10 seconds via Binance Launchpad.

The essence of any crowdfunding campaign is a diversified base of participants instead of a small chunk of big investors. This also leads to significant KYC checks which need to be conducted, and add considerably to a project’s overheads.

In the case of IEOs, the exchange’s have already performed KYC and approved their users, who are then allowed to participate in token sales within allowed quotas. For instance, for the XRD sale on Bittrex International, each account can only purchase about $20,000 worth of tokens.

Most IEOs are followed by token listings on the same exchange, and that is true for both Binance and Bittrex International. Even after the upcoming XRD sale, Bittrex International plans to announce the token’s official listing date. Such agreements increase investor confidence since liquidity is one of the major concerns.

Not only is it harder for projects to scam participants when working with reputable exchange platforms, but it is also difficult for other bad actors to launch phishing attacks or create copies of token sale websites to defraud unsuspecting investors.

As of now, it appears that Initial Exchange Offerings can fill in the gap and push the blockchain-based crowdfunding space further. However, ultimately the success of these platforms will depend on how the projects they host perform in the future. The ICO space did not dwindle due to lack of participation solutions but because of projects failing to deliver on promises – and that’s not something an IEO can fix.