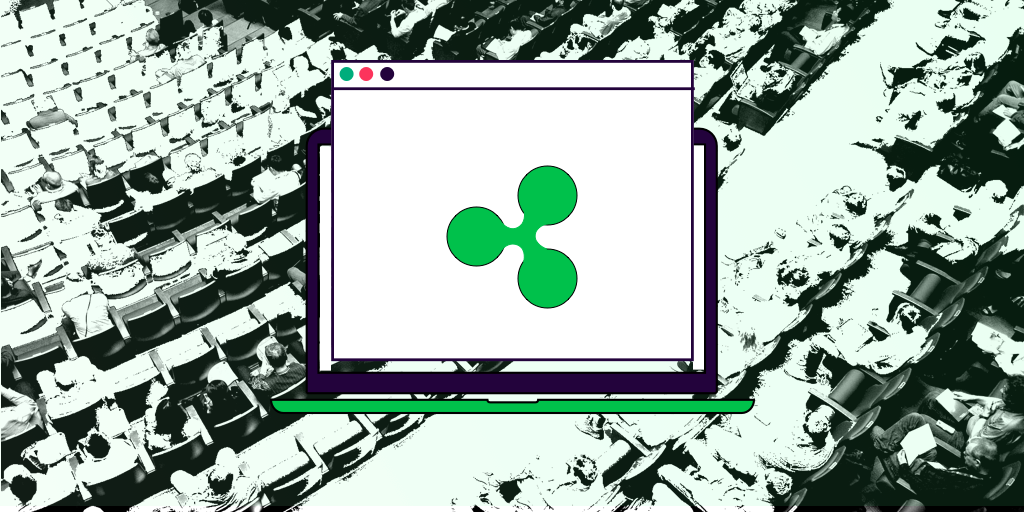 Ripple’s Swell conference, which ran October 1 and 2 in the company’s hometown of San Francisco, brought together global experts on policy, payments, and blockchain technology. The event featured plenty of notable names in addition to crypto industry A-listers — former U.S. President Bill Clinton, Gene Sperling (the National Economic President to Clinton and Obama), and a performance by Counting Crows.

Here’s a recap of the event with major highlights:

The biggest highlight of Swell 2018 was the formal launch of Ripple’s xRapid product. Ripple Labs confirmed that xRapid — a product which utilizes the cryptocurrency XRP to carry out cross-border payments within “a matter of minutes” — is now commercially available.

Ripple also announced that three companies — MercuryFX, Cuallix, and Catalyst Corporate Credit Union — are the first to have been signed up for the service, marking the first instance of XRP being used in commercial payments by financial services firms, and taking Ripple one step closer to its goal of mainstream cryptocurrency adoption.

The company officially confirmed the announcement:

Ripple CEO Brad Garlinghouse claimed that the company had had its most successful year yet, and touched upon both customer and team growth.

Garlinghouse revealed that Ripple’s customer base grew by more than 100 percent from Q3 2017 to Q3 2018, with customers in over 40 countries. An average of two financial institutions sign up for the company’s suite of products per week, and PNC Bank (among the top-10 U.S. banks) recently joined RippleNet.

“Across the board, this has been the most successful twelve months in Ripple’s history. While we’re still only at mile one of a marathon, I’m thrilled with our momentum. We now have multiple customers who will send production payments through xRapid; we’re seeing two financial institutions sign up to RippleNet per week, and the network is more global than ever.”

In addition, Ripple’s staff headcount has nearly doubled, to almost 300 employees, amounting to nearly 100 percent YoY growth. The team boasts names such as David Schwartz (who was promoted to CTO), Ethan Beard and Kahina Van Dyke.

Garlinghouse speaks about the internet of value

Ripple’s CEO spoke at length on the company’s overarching mission — an Internet of Value, where value can be moved as easily and rapidly as information. Clarifying that Ripple’s aim was to build and work with (not disrupt) the existing global financial services industry, Garlinghouse stated that there are three key factors required for “the dawn of another era in globalization” — the interoperable working of the movement of goods, data, and money.

Owing to the introduction of the shipping container in 1956 and the internet in the 90’s, the rapid and seamless movement of goods and data is now possible. Ripple’s aim is to enable the swift, efficient, and frictionless global movement of value (money), thus creating an Internet of Value, and the launch of xRapid is one step in that direction.

Announcement of Ripple for Good

Ripple also announced a social impact initiative called Ripple for Good — a social giving program through which the company has committed more than $100 million “to extend beyond our core business and help ensure financial inclusion and education globally”.

Banco Santander’s Head of Innovation Ed Metzger spoke at Swell 2018 about the bank’s One Pay FX app — “the world’s first mobile application for cross-border payments powered by RippleNet” — and how it had “used the technology to improve our customers’ lives.”

Launched in April this year, the blockchain-powered app enables same-day international and P2P payments, and is available for retail customers in Great Britain, Spain, Poland, and Brazil, with a wider roll-out planned for the coming months. Metzger said that integrating with RippleNet has allowed the bank to provide their customers “a new level of transparency, certainty and speed.”

“It’s four or five clicks to do something that would have taken an awful, awful long time in the past … People don’t have to plan ahead. They can send an international payment when they need to. That’s really powerful,” said Metzger.

Despite the pre-conference hype surrounding the keynote address to be delivered by Bill Clinton, the former U.S. President’s speech largely missed the mark and failed to resonate with the predominantly blockchain and cryptocurrency-oriented crowd.

Throughout his time on stage, Clinton went off on various tangents, speaking about everything from migrant children and identity politics to assault weapons, the Rwandan genocide, the Israel-Palestine conflict, and even the movie “Black Panther” — topics that have little to do with Ripple, DLT, or cryptocurrencies.

However, near the end of his talk, Clinton did praise the potential of blockchain technology, which he warned could be stifled by careless and excessive regulation, as well as by companies that favor “immediate financial rewards” over public interest and consumer protection.

While the speech contributed little to the discourse at hand, its speaker certainly grabbed headlines and brought the ‘prestige’ factor to the event, silently speaking volumes about Ripple Labs’ ‘reach’.

The bullish sentiment for Ripple in the build-up to the event fell flat after the conference started. XRP, which had doubled in the run-up to the conference and twice overtaken the market cap of Ethereum (temporarily), plummeted post-Swell despite the xRapid announcement.

The big announcement was teased prior to the event, with Garlinghouse stating that “dozens” of banks would be using xRapid by the end of 2019, leading to XRP’s price surging from under $0.30 to over $0.75 late September. The announcement of small companies as the first to sign up with xRapid, and no banks have started to use it as yet, may have fallen below investor expectations. This sentiment, coupled with profit-taking, can be attributed for the decline in price, which is currently hovering around the $0.53 level.

That being said, Ripple continues to be a leader in blockchain-based payment solutions. If data is the new oil, then payments data is the most valued commodity, and Ripple sits at the top of that pyramid. Moreover, XRP remains a strong asset due to Ripple’s aggressive business development and the consequent adoption by banks and payment providers around the world, making it a strong buy for us.

Subscribe here for updates on blockchain and crypto investing.