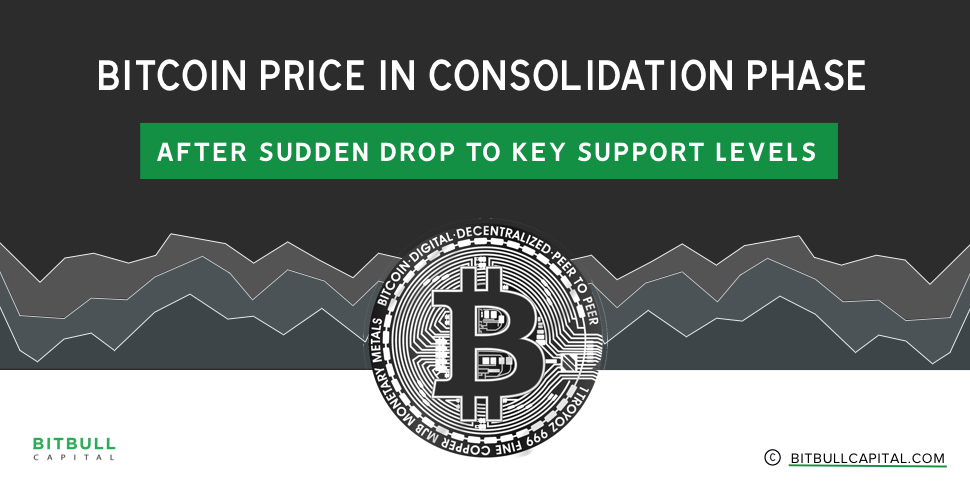 Last week we analyzed Bitcoin’s price drop from $10,000 to $8,000[a], which was a result of various factors, including Bakkt’s lukewarm launch, FUD surrounding Bitcoin network’s hashrate and a technical breakdown which precipitated over $800M worth of long liquidations.

Since the drop, technical analysis has highlighted a key support level at $7,700 and resistance at $8,700, both of which have have been tested over the last week as Bitcoin traded within this range.

However, as the chart above shows, the range is narrowing and the 20-day Moving Average is also angling downward, indicating that the $8,700 resistance may become a ceiling for the next few days, especially in the absence of market catalysts and positive news.

The current consolidation phase is critical because it can either take the price above $9,000 once again or expose the next support around the $6,000 level, which is a real possibility given how the SEC is likely to reject the Bitcoin ETF proposed by Bitwise Asset Management by mid of this month.

Meanwhile, market sentiment, assessed by long and short positions, appears to be bearish, as short positions take lead (shown in the chart below). However, these positions fluctuate on an hourly basis and are not very reliable measures of market direction.

To summarize, Bitcoin’s price is consolidating after the major breakdown last week, but continues to pressure the key support at $7,700 ~ $7,500, which may not bode well for bulls in the short-term since technical indicators, market sentiments and the possibility of negative news surrounding an ETF proposal make a drop down to $6,000 very real.

On the flip side, if the price continues to bounce off the current support level, it can quickly move to $9,000. In either case, we believe Bitcoin’s price will pick a direction soon, unlike the extended consolidation we saw from mid-August through September.