The latest Bitcoin crash may be an opportunity to accumulate

Bitcoin’s latest crash saw it losing more than 50% in two weeks, with the biggest drop coming last Wednesday, when it fell more than 30%. Even though the general market sentiment was bearish during the crash, it presented an opportunity for long-term holders to accumulate the digital asset at attractive valuations.

The crash came after Tesla and its CEO, Elon Musk cited BTC’s environmental impact, followed by news from China reiterating a strict regulatory stance. The fact that this price drop was triggered by news events that, in themselves, do not change BTC’s long-term fundamentals, indicates that the slump is likely to be short-lived.

Moreover, data shows that most of the sellers during the crash were entities who had bought BTC in the last couple of months. Since they had entered at higher prices, the crash prompted them to exit the market at a loss. In fact, a majority of these short-term holders sold their BTC at a loss, as reflected in the chart below by Glassnode. 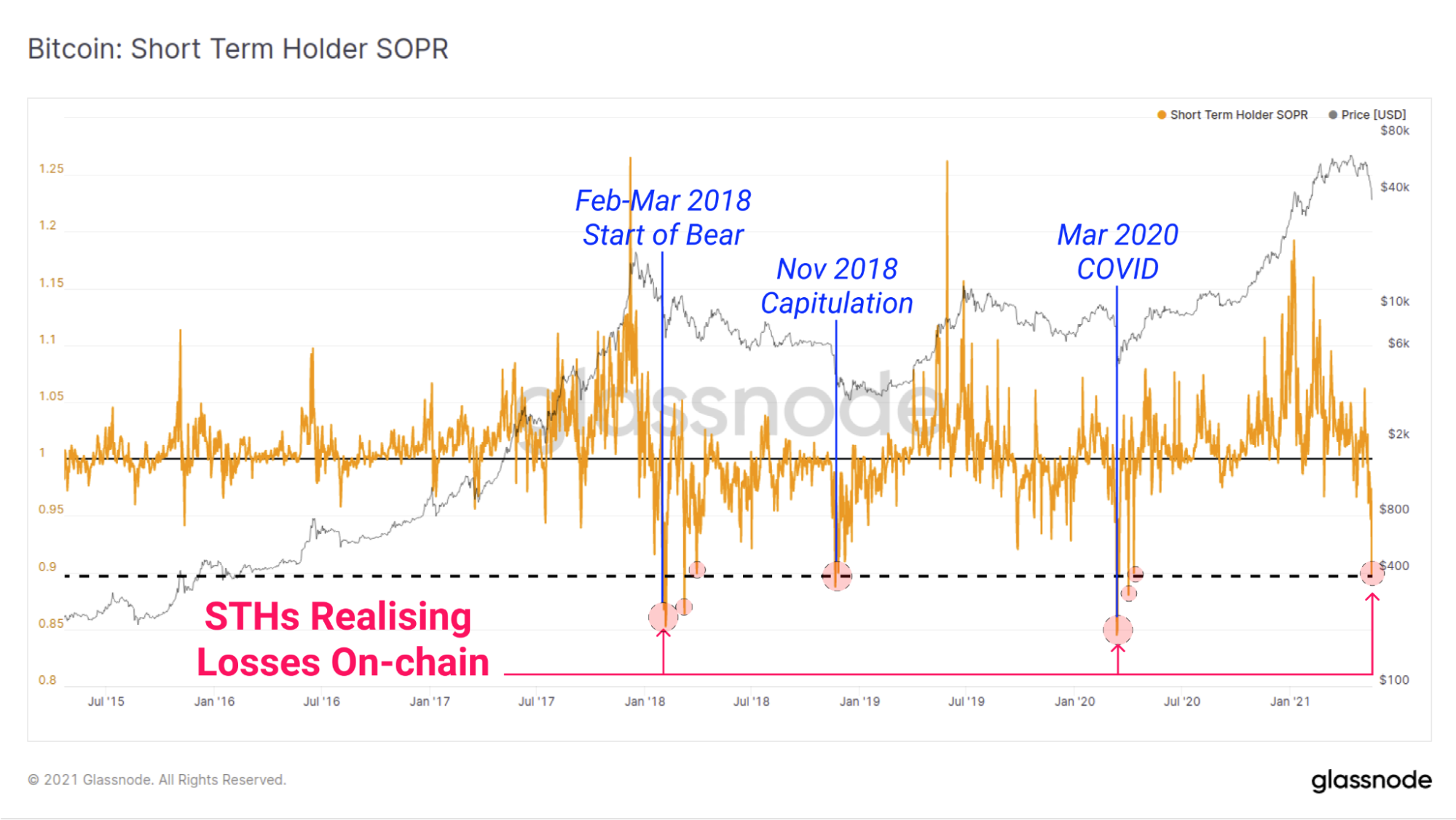 Previous instances of such selling were all major points of price action, that, in hindsight, were not unfavorable buying opportunities.

In fact, short-term holders selling during this crash is a healthy trend for long-term appreciation, since new entrants have now accumulated BTC at relatively very low prices, and are likely to hold their assets until unrealized profits surge to decent levels.

Finally, from a macro perspective, Tesla’s move to highlight Bitcoin’s environmental concerns is also a bullish sign for the long term. The electric car company is known for exploring and advocating clean energy use, and it is likely that criticism is the first step before its CEO publicly explores, supports and facilitates the use of clean energy for Bitcoin mining in the future.

In one of our previous reports, dated February 5, 2021, we had a bullish view of BTC and stated that it is not too late to buy it when it was trading around $34,000. Since then, BTC made new highs over $60,000, and even during this sharp correction, it only fell as low as $30,000. The opportunity is still there, especially for long-term holders, and we remain bullish on BTC for this year and the next.

If you’re still unsure about investing in Bitcoin, book a call with us today to discuss crypto investment opportunities suitable for your portfolio.